France
Pays de la Loire
Vendée
Sables d'Olonne
Clear criteria
The variety of lovely features you’ll find at this really charming seaside resort are sure to win you over! With long, fine sand beaches, its architecture from bygone days and its various harbours....
Here, all sorts of watersport leisure activities are available (sailing, surfing, parasailing, canoeing, diving and more), and people of all age groups will have a wonderful time. Choosing a camping holiday in Les Sables-d'Olonne means holidays in complete freedom in the great outdoors beside the Atlantic! 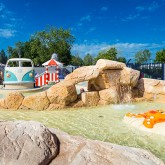 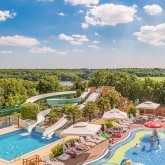 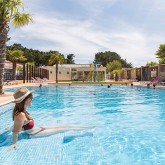 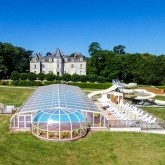 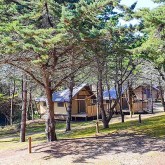 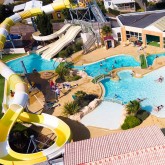 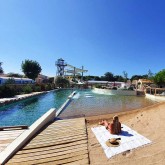 If you’re looking for the perfect place to spend your next holiday, come to the camping at Les Sables d’Olonne!

The main town on the Côte de Lumière (which makes up the coastline of Vendée), les Sables d'Olonne is the perfect destination for your next holiday!

You can do all sorts of things here, including bathing from its wonderful beaches, walks during which you can explore the region and its surrounding area, the salt marshes (from which salt is harvested), the Tour d'Arundel, the Château de Pierre Levée, the church of Notre Dame de Bon Port and much more!

Les Sables d'Olonne is a sailors' and navigators' town, and the ocean is everything here! Various races and regattas are held here too, the most famous being the famous "Vendée Globe", for which it is both the starting and finishing point. Come and enjoy watching the sailors getting ready to cross the ocean!

And you really can't leave without first having visited the old town of Les Sables d'Olonne. In olden times this was a fishing town, but it still retains its unusual character and style. And at the end of the day you should take a photo in front of the "Rue de l'Enfer", which, at just 40 cm wide, is the narrowest alleyway in the world!