France
Aquitaine
Gironde
Gujan-Mestras
Clear criteria
On the southern side of Arcachon Bay, discover Gujan-Mestras, one the region’s liveliest towns. Gujan-Mestras is a fascinating place to stop off, promising fine food, swimming and activities in the water. 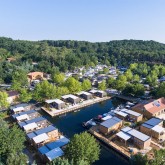 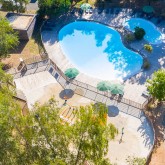 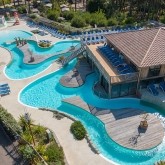 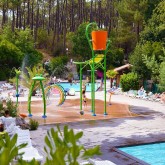 Arcachon, Gironde
Discover the campsite
The Yelloh! Village campsites nearby 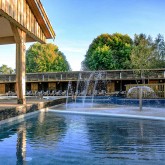 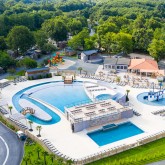 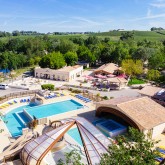 Gujan-Mestras is a town on the southern side of Arcachon Bay, often referred to as the local oyster capital. It is also nicknamed “the town of 7 ports”, due to its 7-kilometre-long promenade which takes in:

Gujan-Mestras is also one of the liveliest towns in the Bay. It is home to several amusement parks and hosts a multitude of events all year round. The town is also an ideal destination for cyclists as it includes a significant section of the 220 km of cycle paths created around the Bay. In fact, the local tourist office has been awarded the “Accueil Vélo” (cyclists welcome) label.

The emblem of Gujan-Mestras is the ladybird. The tradition goes back to the 17th century. At the time, the town’s vineyards were under attack from an invasion of insects. The locals called them “barbots”, a regional term for various beetles, leaf beetles and ladybirds.

The episode became news across the region. This was enough for the inhabitants of La Teste-de-Buch, Gujan-Mestras’ neighbouring town and big sports rival, to start calling the Gujan residents “Barbots”.

Things changed in 1923, thanks to rugby. At the local derby match, the Gujan-Mestras players proudly sported a ladybird on their shirts. And that is how it really began. Since that match, the ladybird has been the town’s emblem. Today, the ladybird is found almost everywhere, from the town’s sports teams to the buildings and plaques in the streets.

So, what’s on the agenda?

Our first tip is to leave your car parked and visit Gujan-Mestras on foot or on bicycle. Stroll along the promenade and discover its seven ports.

Stop off at the Maison de l’Huître oyster museum to learn more about the region’s leading product. Then indulge in a tasting session at one of the oyster shacks at the Port de Larros. If the weather is nice, take a boat trip. There are two possibilities:

Are you visiting with the family? Then take your children to one of the amusement parks so they can get their dose of thrills and spills! The (supervised) beach of La Hume is another appealing option. It has been specially designed to welcome families and people with reduced mobility. You’ll find a picnic area, a refreshments stand and a kiosk where you can hire stand-up paddleboards.

At lunchtime or in the evening, you can take your pick from the many restaurants at Gujan-Mestras. Sample the produce from the Aquitaine terroir: omelettes flavoured with chilli peppers, the ‘escaoudoun landais’, a speciality pork stew, the dunes blanches dessert, snails from the Côte d’Argent, the Bay’s foie gras... Among the many excellent addresses, try “Au Chalet Gourmand”, “Lou Totem” and “Le Routioutiou” which really stand out for their cuisine and their welcome.