France
Languedoc-Roussillon
Hérault
Mèze
Clear criteria
Discover Mèze, a town on the edge of Lake Thau looking across to its larger neighbour, Sète. With its history, culture and gastronomy, Mèze has a lot to offer. 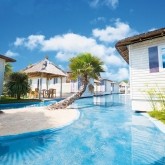 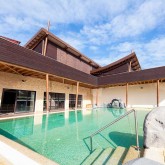 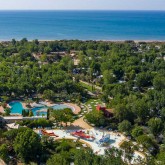 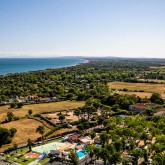 Do you know Mèze?

Mèze is one of the tourist highlights of the Hérault. On the edge of the well-known Lake Thau, the town draws visitors from the ever-popular Sète. Like its neighbour, Mèze has a long history, with the Phoenicians occupying the site in the eighth century. Later, the Romans, the Saracens and the Albigensians also came to Mèze.

But what really put Mèze on the holiday map is its harbour village where the Mediterranean climate makes for a very gentle way of life. Holidaymakers will enjoy strolling along the water’s edge in the Languedoc sunshine, before sitting down to enjoy the excellent local produce.

If you’re planning a camping holiday in Mèze or the surrounding area, make sure you visit Lake Thau and the nearby villages. And be sure to explore Mèze for a delightfully peaceful interlude.

Mèze is closely linked to one particular animal, which has become its emblem: the ox. Yet while there are plenty of bulls in the area, the ox is very rare. So it’s initially quite difficult to understand how the ox became part of the town’s identity.

It all began with a legend. In Ancient times, a modest family from Béziers settled on the edge of Lake Thau. They used oxen to plough and clear the land to farm it. The oxen thus helped create the fishing village that became Mèze.

Two oxen died during the work. The family kept the skin of one of them to cover a wooden model. The model was paraded every year and looked very much like a real ox.

The tradition continues today: a giant ox carried by eight men is paraded in the streets of Mèze during the local festival. The totem is then taken to the church square where it is baptised by the priest.

So, what’s on the agenda?

At Mèze, there’s nothing to beat a nice stroll in the town centre to discover all its heritage. You can see the places of worship such as the Church of Saint-Hilaire with its gothic architecture typical of the south of France.

And don’t miss the Penitents Chapel, built in the 12th century. It offers a lovely view over the ramparts around the edge of the lake. The chapel later served for a variety uses, including a cooperage workshop, but nowadays it is used as an exhibition space in the summer season.

Your walk will then take you to the Château de Girard. It is also typical of the region’s architecture, and now houses an annexe of the Mèze town council offices.

And of course, you should make the most of the coast and the sea air. There are two ports you can explore. First, the Port des Nacelles, the town’s oldest harbour. Designed to accommodate old sailing boats, it offers a stunning view over Lake Thau and the neighbouring towns.

Then there is the marina, a central feature of the town centre. Its enchanting setting will make you want to linger for hours, watching the sun rise or set. It’s a wonderful place to stop and sample the local culinary highlights, such as the tiella rice and seafood dish from Sète, oysters from Bouzigues, or mussels cooked over a wood fire “à la Brasucade”. Another way to try the local produce is a visit to the town’s market, always worth the trip.