Spain
Catalonia
Costa Brava
Gérone
Clear criteria
Get away from the coast and come and explore the inland region of Catalonia and the city of Gerona. Come and visit the authentic Catalan city of Gerona! Come camping in Gerona, Spain, and you can be sure of a truly memorable holiday! 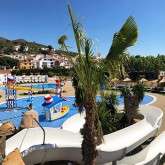 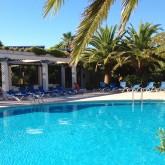 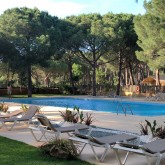 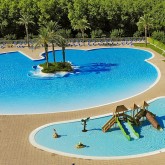 Located in north-eastern Spain, Gerona is often seen as the capital of northern Catalonia. In the warmth of the Spanish sunshine, this is a wonderful, authentic location to stop off at on the way to the Costa Brava. Gerona has a rebellious past, and has stood up to various attempts at invasion. Some imposing ramparts and towers remain from this era, which used to surround the town. A walk along these walls will give you some fantastic views over the city of Gerona, especially its ancient central district.

Also known as Barri Vell (Old District), this town centre is steeped in history. Having been restored and renovated, it is now the city's biggest tourist draw, with all its monuments, churches and chapels. If you want to experience the very essence of this district, you should make a little detour through the old Jewish district of Call Jueu. A stroll down the alleyways of this medieval area, one of the best preserved of its kind in Europe, will take you to the Banys Arabs. Visitors will love these eastern-style Arab baths, which were built during the Middle Ages.

During your camping holiday in Gerona, why not finish off your day's visit to the city with a walk along the Onyar bridge? From here, you'll be able to enjoy seeing the famous maisons suspendues (hanging houses), with their colourful frontages, along the banks of the river.

And before you leave, come and sit down at a terrace on the Rambla de la Llibertat or the Rambla de la Plaça de la Independencia. Here, over a few tapas and a drop of local beer, you'll see that Gerona's reputation as Spain's top town in terms of quality of life is unrivalled!